Not enough stock.
Your item was not added to your cart.

October 6th, 2020
I received these cakes from Guangdong by road this morning, and out of sheer curiosity, knew I had to try some. This was a daily-drinker-grade ripe pu erh released by Haiwan back in 2007. There appear to be a few different batches of these cakes offered online. These cakes are from batch 702, indicating these cakes were from the second batch of 2007. I suspected these cakes might be a little too humid-stored for my tastes based on the condition of the wrappers, but the tea is actually pretty much right where I'd want it. I prefer clean storage and sweet flavors in my ripe pu erh, but I also do very much enjoy Hong Kong traditional storage ripe pu erh, which is a very familiar taste to someone from Hong Kong! The middle ground tends to be a little too humid for me, but without the smoothness that comes with traditional storage done right.
The wrappers of these cakes do have some damage from silverfish, which is not uncommon in natural storage in warmer climates. There is also some bamboo dust on the cakes from the bamboo wrappers on the tong, and I noticed just a tiny bit of surface mold in one spot. This tea is, however, very clean and sweet smelling. This tea definitely looks like it has been stored in Guangdong natural storage since 2007, but the storage was clean enough that this tea doesn't have any of the funk associated with humid storage. To me, this cake was stored just right. I was able to snap a chunk off with almost no effort, so these cakes have loosened up beautifully.
This tea is made with an average of grade 9 leaves, which are larger leaves, and the 7598 recipe is based on the classic 7592 recipe which was originally devised in the 1970s for Hong Kong traditional storage pu erh dealers who were looking to speed up the aging process of their sheng pu erh some (by selling pile-fermented ripe pu erh instead). Old school tea dealers in Hong Kong still put ripe pu erh into traditional storage before sale, so the ripe pu erh process really isn't a shortcut at all in a sense, since the process still takes as many years to complete as with traditional storage sheng before the tea actually hits the market. However, ripe pu erh achieves the smoothness of much, much older Hong Kong traditional storage sheng pu erh in much less time, and hence goes for much less money. Those who aren't familiar with traditional storage sheng often don't understand how ripe pu erh is supposed to replicate sheng!
Zhou Bing Liang, the man behind Haiwan, was also heavily involved in the creation of ripe pu erh in the 1970s (including the original 7592). This is his version of the recipe, and produced at his state-of-the-art facility in Anning. If I remember correctly, this production facility went into service in 2007, so this would have been one of the first productions from his very own base in Anning, where he ran a very tight ship and controlled tea production in conditions that vastly surpassed those at the CNNP factories.

The flavor profile of this tea is well balanced. While the tea has sweet jujube aromatics, there is also some camphor. The two sides of the coin are complementary in this case, and this tea is smooth with good calming energy. Any bitterness this tea may have had in 2007 is now long gone to the years due to the hot and humid (but not too humid) storage involved here. I even get some molasses in the aftertaste, which was very unexpected! This calming effect from this tea make it a better choice than Dayi's 7592 for me, even if I much prefer the sweeter flavor profile of my 2016 Dayi 7592 (available here on the site).
This is a great daily drinker shou at a great price point, considering the clean flavor, smoothness and the quality of the material and fermentation that Haiwan are renowned for. I do wonder how these cakes will evolve and open up in my warehouse. Time will tell! 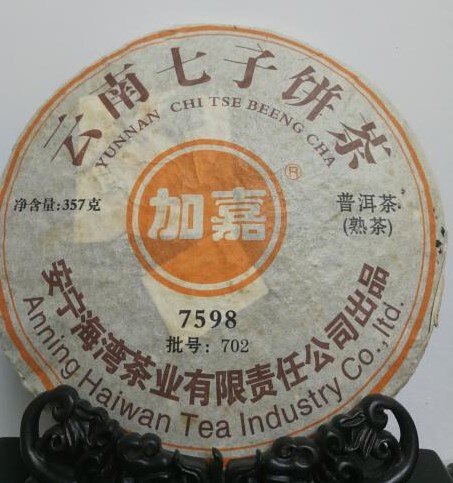 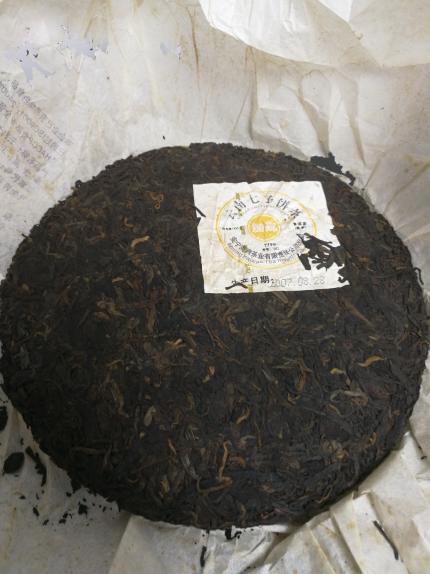 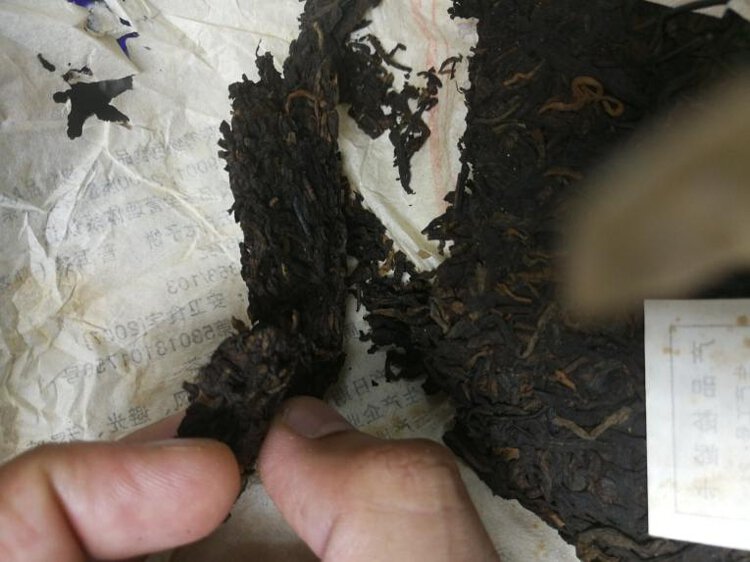 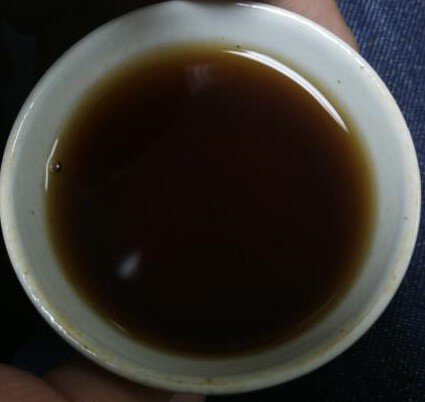