Not enough stock.
Your item was not added to your cart.

April 4th, 2021
All sold!
I've stored these tuos in my warehouse since January 2018, and they have aged beautifully over the last three years. These came from a Hong Kong-owned warehouse in Guangdong, where they were stored very dry indeed until I got them. The smoke from these tuos had been trapped over the years and smelled almost like roach spray to me! About a year later, these tuos lost much of that trapped smoke and the tea was much better to drink. Now, three years on, this is a very easy to drink tea and it fills the gap nicely between my 2001 and 2010 Jiajis: it offers a little of the experience of both, as you'll see.

I always feel that Xiaguan Jiajis hit well above their price point and provide a surprisingly enjoyable experience. This flavor profile is a classic one and the smoke is definitely something to expect with old school productions. Modern productions are often fired in pans using cleaner heat sources, but some aficionados aren't satisfied with pu erh without the traditional smoke flavor from processing, so some tea is still produced this way by the big factories every year to meet demand for those who enjoy traditionally processed teas.
The tuo is still quite tight, but wasn't too hard to break up with a pick and it crumbled into chunks and leaf rather than dust. The dry tuo smells quite smokey and with some sweet wildflower aromatics from the Dali material. I think both this tuo and the 2010 are waking back up again after cooler winter temperatures and the smoke is offgassing again. I expect both teas to be much less smokey in the middle of summer when the tea is active and 'breathing' again.
In the cup, I get balanced umami and bitterness, along with smokey wildflower. The aged smoke is quite prominent now: more so than a few years ago, which I believe is due to this tea being in a waking-up stage after the cooler temperatures and dryer conditions this winter.

There is a little astringency in the liquor that makes my mouth water in the first infusion: both the astringency and bitterness fall off rapidly from the second infusion onwards, and this become a very smooth and pleasant drinking experience (for those who aren't smoke averse)! Even in the first infusion, this is a very smooth and pleasant tea. My storage seems to really take the edge off tea quickly and I seem to get surprising umami from many of the raw shengs that I age.

The energy from this tea is calming, bordering on dissociative, and later, positively energizing. I don't get racing energy from this tea during this session, which makes it ideal as a daily drinker for me. In the second infusion, I detect a hint of sarsaparilla-like character developing, which is very pleasant.

This tea feels much further along than the 2010s now, but both are in similar stages after their winter slumber. The 2001 traditionally stored JiaJi is much further along and devoid of smoke, but also doesn't have as much character, so which you'd prefer entirely depends on your tastes. I think these 2004s are a nice sweet spot between the two at this stage.
This tea has good longevity and is very pleasant to drink now, but I expect it to be even better in a few months (and years)! 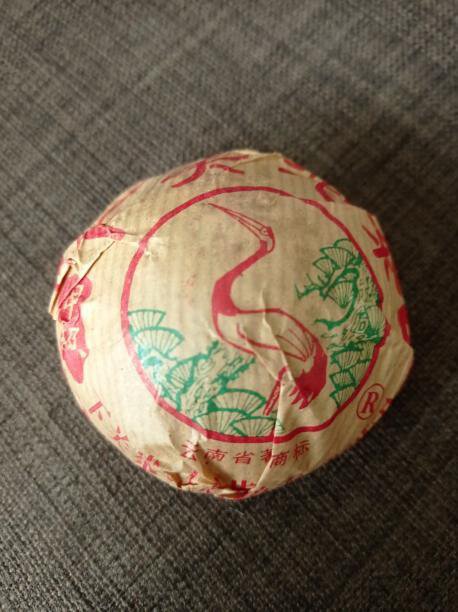 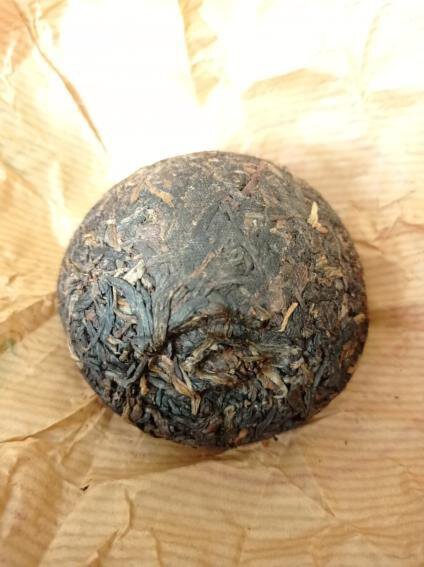 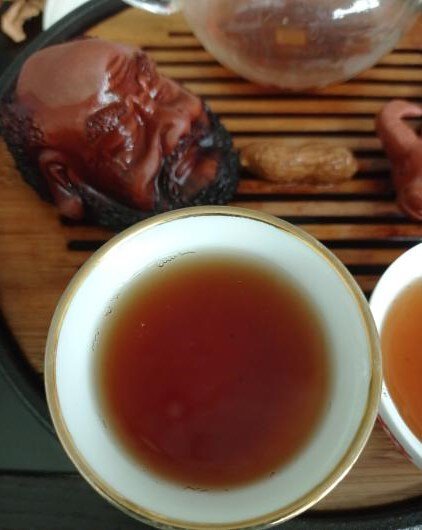 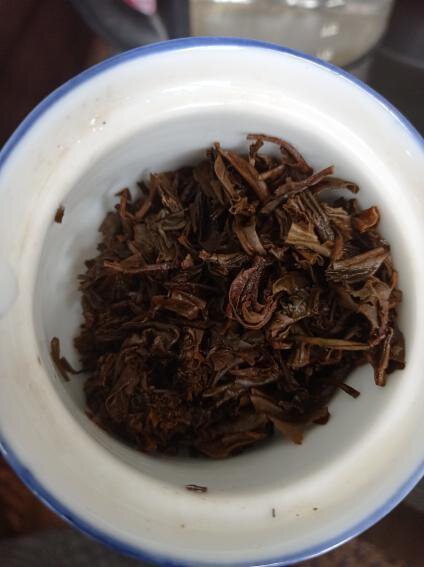